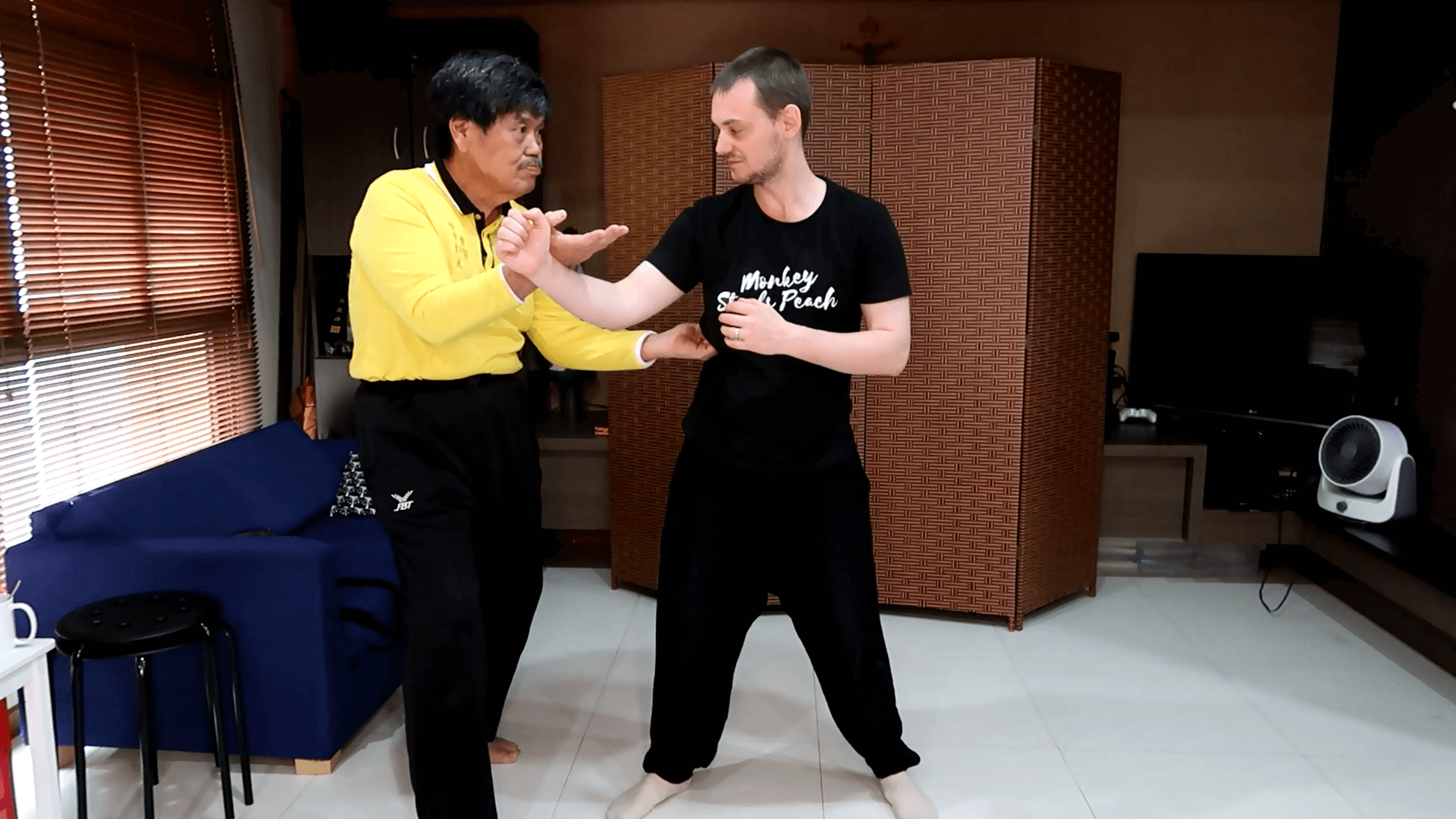 Ip Man has almost become a household name now, yet even before the film franchise, the majority of people who practiced Wing Chun knew the name. However, there is much more to Wing Chun than just Ip Man, if you have read my previous posts you will know I have trained Yuen Kay San style when I was in Hong Kong around ten years ago. On this trip to Singapore I was lucky enough to be exposed to another rare branch, this time Ban Chung Wing Chun, which traces its origins to the Red Boat Opera Troupes of the late Qing Dynasty.
As you can see from the video, the most obvious difference is that rather than practicing the three forms: Siu Lim Tao, Chum Kiu and Biu Jee, this branch has one long form made of 108 moves. This whole form is called Siu Lim Tao, however the characters used for it are different. Commonly, the form will be called 小念头, meaning Little Intention/Idea, however in this branch they use 小练头, meaning Small Practice Form. Master Cho says this difference could arise due to the difference in regional dialects (even Cantonese varies greatly from region to region). I actually recall reading somewhere previously that Wing Chun originally had this one long form that was divided into three sections, and the three forms done today are a relatively recent creation.

The other major difference is that they don’t practice common Lok Sau (rolling hands) method of Chi Sau. Instead they use Huen Sau (circling hands), which looks a little more like Taiji Push Hands. I have also seen Vietnamese Wing Chun in particular use this method.
Ban Chung Wing Chun is a style which has a very close connection to the early Red Boat Opera Troupes. In fact the name, Ban Chung (班中) actually means “within the troupe”, meaning that Ban Chung was practiced on the boats. These boats carried performers of Cantonese opera around the many waterways of southern China, and were a convenient hideout for anti-Qing revolutionary groups. In fact, it can be said that the reason Wing Chun looks like it does is because of the lack of space to train on the boats, forcing them to adapt by minimalising their movements to fit in the small space. Ban Chung Wing Chun specifically traces back to Cho Shun, who was an apprentice on the boat and learnt from Yik Kam, a male who played the females role. Cho Shun later retired to his native Poon Yun village and began to teach his art there, where it later spread to Malayisa and Singapore.
Ban Chung Wing Chun is informally known as Cho Gar, or Cho Family, however, Cho Gar itself also contains Choy Lay Fut, Hung Gar and other styles. The focus of this interview was just on the Wing Chun aspects. If you want to contact the Cho Gar Ban Chung Wing Chun Association in Singapore, you can visit their facebook here.
If you want to learn more about all the fascinating branches of Wing Chun out there, I highly recommend this book Complete Wing Chun.