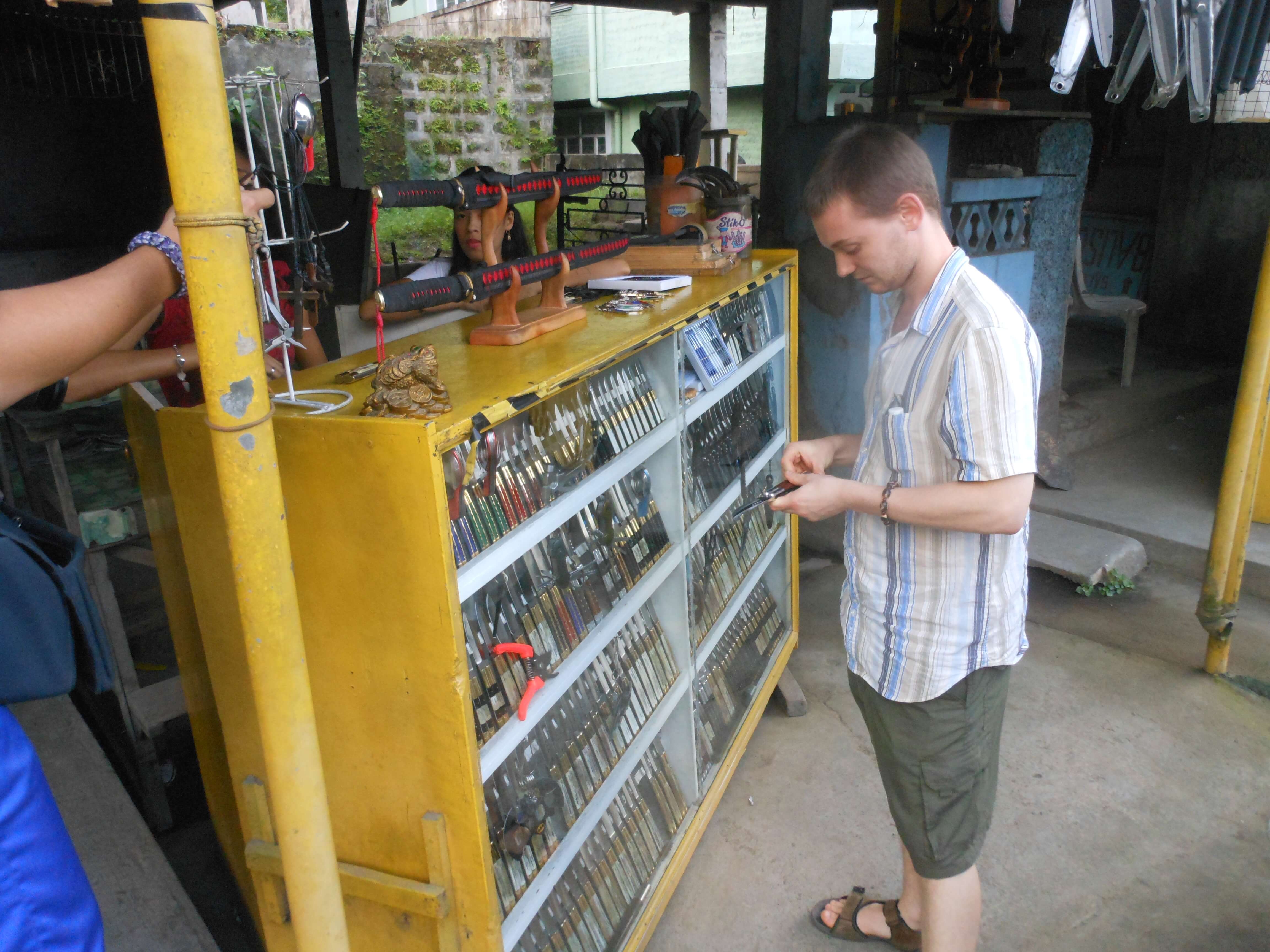 For my last day in the Philippines, my new friends drove me out to Tagatay, to see the large lake with a volcano in the middle. It was about a two hour drive outside of Manila, most of which was spent just getting through the city traffic! As we got out of the city the air turned clean and fresh, and the temperature dropped slightly. The driving was still crazy though! Tagatay is a small town on the side of the lake, which is essentially a volcano with a lake in the middle, which has another smaller volcano on an island in the middle. We picked a restaurant and had lunch while admiring the view. Our lunch consisted of a local specialty of bone marrow soup and garlic rice, along with fresh coconut juice to drink. After lunch we drove further on, to the town of Taal, where the famous Balisong knives (aka butterfly knives) are made.

Taal is a fairly small town, with a descent amount of old Spanish houses and a very large 500 year old

church. It has a crumbly, run down feel to it, but has a definite charm. The streets were literally lined with shops selling knives and we found a decent looking one to check out. The girl selling the knives told us that usually the knives are homemade in the town, and she showed us a few tricks. After looking at a few blades I settled on a medium sized one which had a nice handle and seemed decent quality. I bargained the price to 450 pesos, so was fairly cheap.

After buying a knife we headed to the old church to take a look around, and also the old houses surrounding it.