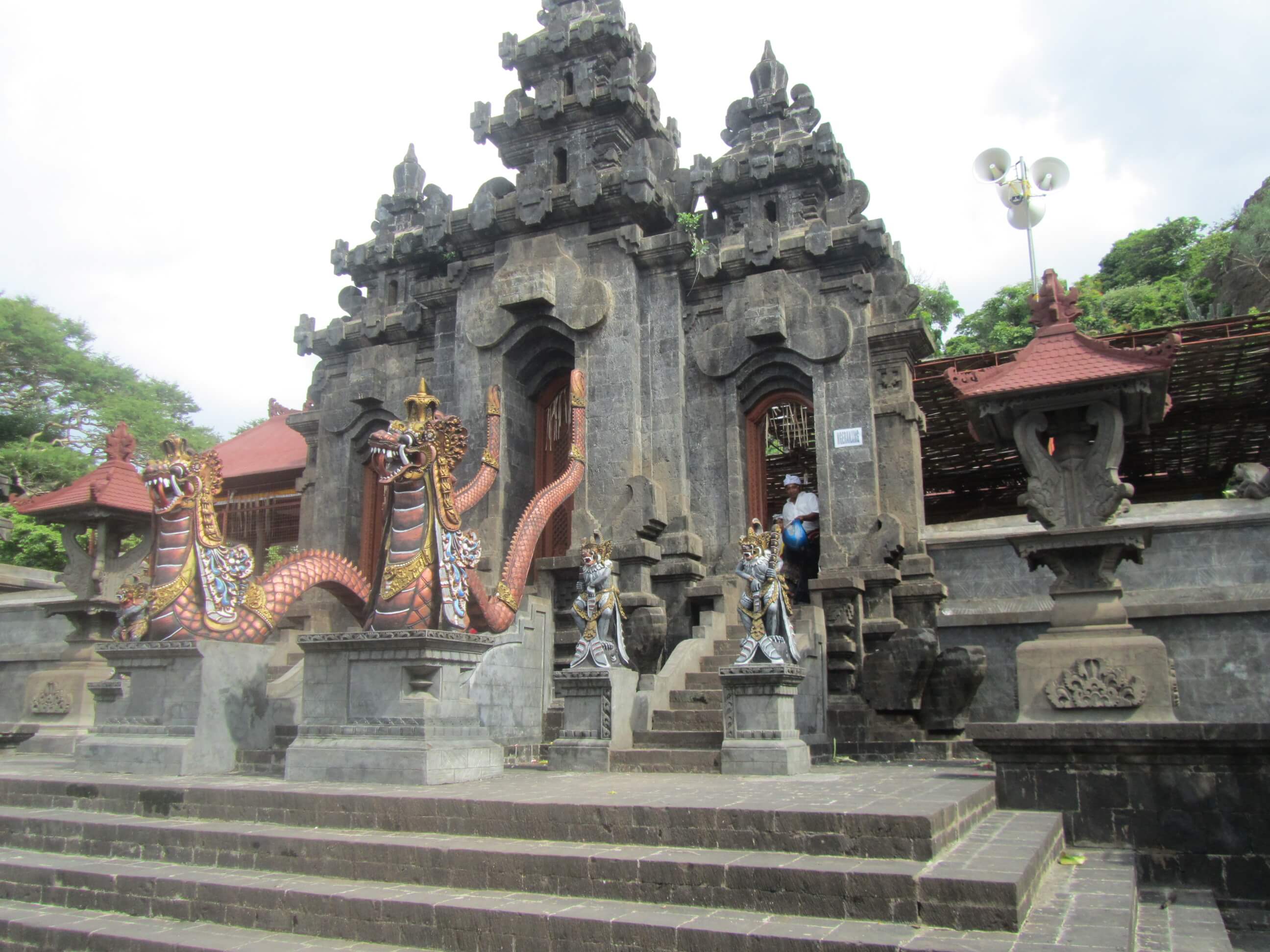 Bali is one of Asia’s most popular destinations, and for good reason: the culture, the people, the natural beauty; however a lot of the island has suffered from over-development. When I visited with my family, I didn’t even bother with Kuta or Seminyak, instead I spent most of my time in the north of Bali, an area called Lovina.

The northern area of Bali is much less visited, the only foreigners tending to be here either for the diving or dolphin watching, as well as a handful of retired Australians who have huge villas hidden away in the hills. In fact, this areas largest weakpoint also turns out to be its strongpoint: transport is very limited. The best thing you can do is either hire a car or hire a driver. We chose to hire a driver for two reasons: firstly, I don’t really want to drive on the windy roads with the crazy traffic, and two, a driver also acts somewhat as a tour guide. They can recommend sites, restaurants, and help you negotiate lower prices when shopping.

The driver we hired, a man called Agus, really made the trip for me. Balinese people are stereotyped to be really laidback, super friendly, and constantly happy. For Agus, this was definitely true. He organised some really cool trips, stuff I never would have found just relying on a Lonely Planet guide. For example, we decided we wanted to go to see the dolphins at sunrise, followed by snorkelling on the reef. Agus got us a boat that took us well away from the typical crowded snorkelling spots and we had a reef all to ourselves. Granted, seeing the dolphins, there were a lot of other boats, but there were hundreds of dolphins, and they only feed in one area.

The northern area also had some beautiful temples, some perched on rocks overlooking the sea, some in the jungle clad hills more inland. Hinduism in Bali is much more laidback than what I’d seen in India; there is no discrimination of caste, and no ill-treatment of women. It was a common site in Bali to see colourful parades and ceremonies, in fact my mum was joking that she was surprised Balinese ever get anything done with all the praying and rituals they do! For those interested in the more spiritual aspects of Balinese culture, the classic Eat Pray Love: One Woman’s Search for Everything Across Italy, India and Indonesia

is a must read.

If you are visiting the northern area of Bali, I would highly recommend the services of Agus. You can contact him at +6281805699660 or a.widiada@gmail.com.