After hiking the trails in the tea plantations (read part one here), the next day I decided to visit the old village of Xiamei (下梅). Xiamei was an important hub during the Qing Dynasty where tea producers would bring their tea from the mountains to sell to traders from port cities like Fuzhou and Xiamen who would then export it to Europe.

The village is remarkably well preserved, and not only are the old residences still lived in, but the guildhall and temple are still the centes for village life, with ceremonies and gatherings taking place regularly.

Upon entering the village you have to buy a ticket, which gets you a free guide. Normally, I have no interest in having a tour guide, but this time I was pleasantly surprised, as she really went into detail about the culture and history of the village. I think this was mostly due to the fact that my wife was Chinese; if it was just me as a foreigner, the guide probably would have just given a really rough overview, assuming foreigners have no clue about Chinese culture.

The village is built around a stream, and on either side are many shops, some of them selling tourist junk, but a lot of them selling either tea or traditional handicrafts which you could see being made then and there. These shops were mostly wooden buildings and were fairly worn out looking. Most of the villagers just seemed to sit around playing cards of Mahjang. The residences of the wealthier people were back from the stream, hidden behind large stone walls.

These large residences were impressive buildings of local Fujianese style, and much of the interior was well preserved. Many still had family shrines in the main hall, and intricate woodwork decorating the walls. What I felt incredibly odd, was that the tour guide would just take us straight into somebody’s home, and grandma would be washing clothes or cooking while we just stood there listening to the tour guide. Apparently there was some kind of agreement, so the residents got a portion of the ticket fees. I did feel also that the residents were considerably poorer than whoever would have lived in the houses during the villages heyday. Despite the grandeur of the buildings themselves, there wasn’t much in the way of luxurious furniture; the people mostly had worn out stools, and piles of junk.

Still, I found that this village, possibly due to its distance from any large city, had more of an authenticity to it than the popular ones around Shanghai or Suzhou. People still went about their daily life, and besides us I didn’t see any other tourists. 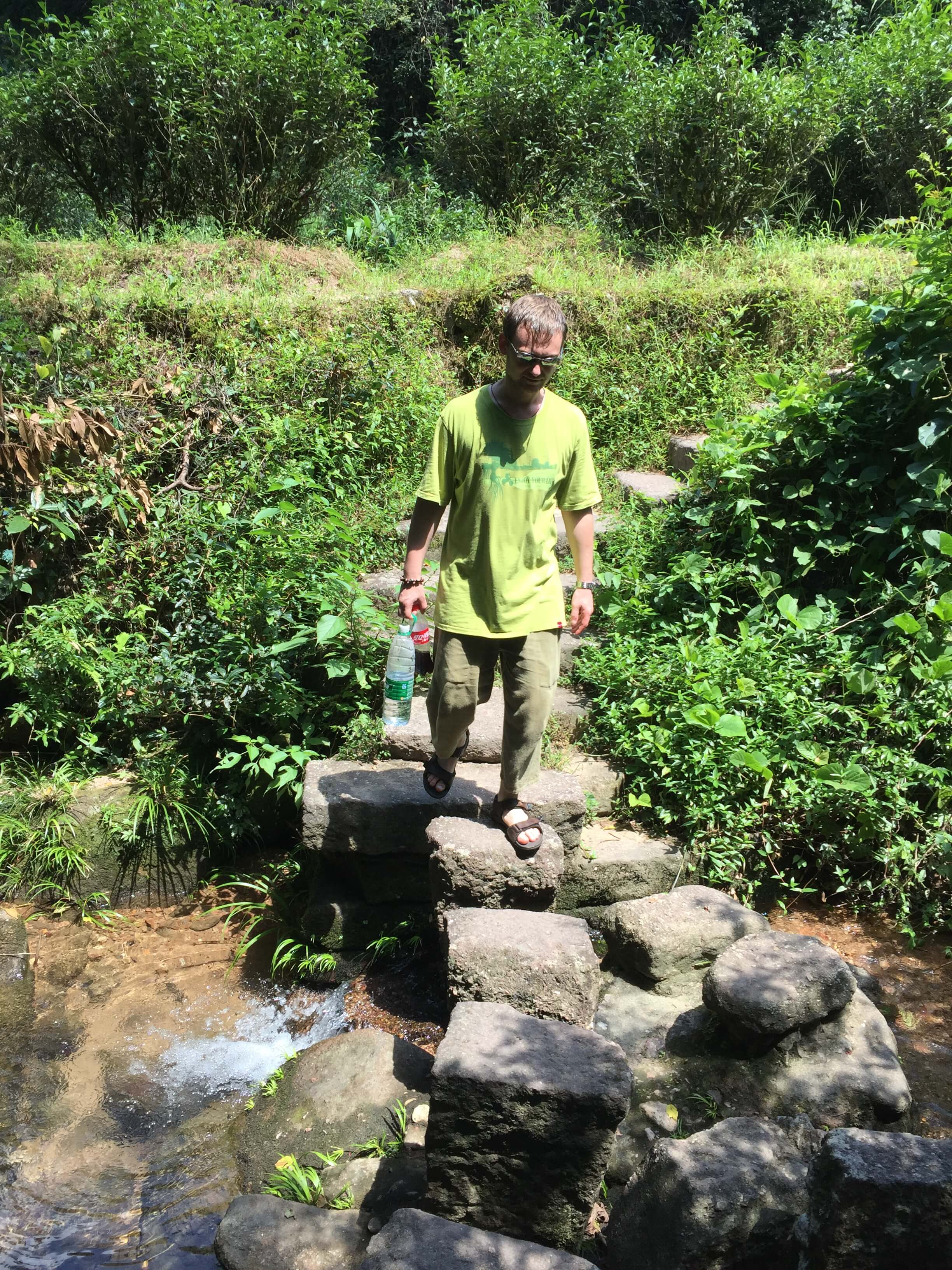 As an avid drinker of Wulong tea, Wuyi Mountain is a place I have wanted to visit for a long time. A dramatic range of limestone peaks and cliffs nestled in the northwest of Fujian province, straddling the Jiangxi and Zhejiang borders, Wuyi Mountain really is the postcard image of China. The range is known mostly for it’s teas, among the best in China. Black tea was in fact invented here, and it was the teas grown here that were first exported to the west during the days of the British Empire (check out this excellent book to learn about that For All the Tea in China: How England Stole the World’s Favorite Drink and Changed History

I visited here for three days, and had two goals: visit some sites related to tea, and take in the amazing scenery. Much like with European wines, which have DOC, Wulong tea grown in Wuyi Mountain is divided between the tea which is grown within the national park area, and the tea grown outside. The plantations within the national park area are hundreds of years old, and the tea plants are divided according to their strain, with different teas grown in small terraces tucked between dramatic cliffs which provide varying amounts of sun and shade. This, combined with the different soils, amount of air moisture and even how the wind blows through the mountains all has an affect on the flavour of the tea, and two terraces right next to each other can produce totally different tasting tea.

On my first day I hiked through the tea plantations, a 3km trail which took me many of the original tea

trees of several varieties, as well as a 3000 year old archeological site, to finally finish at the Water Curtain Cave. The trail begins with a short shuttle bus from the park entrance to the actual site. As soon as you pass the car park you are straight into the plantations, wedged between two karst peaks are the tea plantations, with stone tablets or wooden posts naming the various tea strains. Some of them I drink regularly, such as Shui Xian and Rou Gui, others, such as Qi Zhong, Rou Jin Gui and Jin Guan Yin I have never heard of before. The majority of the tourists only walk the first 500m to the original Da Hong Pao trees, stop for some photos and then head back. Da Hong Pao, aka Big Red Robe, is the most renowned Wulong tea from Wuyi. The legend goes that an Emperor of the Qing Dynasty was sick, and so some villagers sent him some tea. The tea made him better, and he was so happy he awarded the tea plants with imperial robes. The six tea plants still stand there today, perched on a cliff with big Chinese characters etched into the rock next to them. They used to be picked once a year, and the majority of the tea was kept by government officials or given to foreign dignitaries on state visits. About half a kilo would be let out the to public, and the auction started around 5 million rmb. Since 2005 the tea has not been picked, and the plants are just sitting there having their photos taken by tourists.

Once you continue on the trail from there, the tourists almost disappear, and the scenery gets absolutely spectacular! The trail has a lot of steep ups and downs, and sometimes you are balancing on stepping stones across streams. The water is crystal clear, and has hundreds of tiny fish. I decided to cool my feet off, only to have the fish gather and start to nibble on my toes! Further along the trail, right next to where the orignal Shui Xian tea plants are located, are some caves high up on the cliffside, which are covered in wooden scaffolding. This is the site of an ancient culture of people, who lived in the cave and built a small village there. Not much is known about who they are, its likely they faced persecution, and so chose such an inaccessible location to live for self protection. At least they had stunning scenery to enjoy everyday! (read part 2 here also check out my article on the Origins of Black Tea for China Daily).